The power-couple Abhinav Shukla and Rubina Dilaik have entered the Bigg Boss 14 house as contestants and the makers have started testing their relationship in the show through various tasks.

At the premiere of Bigg Boss 14, Abhinav Shukla entered the BB house as a selected contestant whereas the ‘Toofani seniors’ of the Salman Khan hosted show rejected Rubina Dilaik.

Along with Sara Gurpal, Nishant Malkhani and Jaan Kumar Sanu, Rubina was among the rejected contestants who were then supposed to stay in the garden area of the BB house devoid of the luxuries until Bigg Boss’s further instructions.

In the first nomination task of the 14th season of Bigg Boss,’Jewel Thief’ Abhinav Shukla earned the immunity by winning the task as he was the one with the highest number of jewelry. 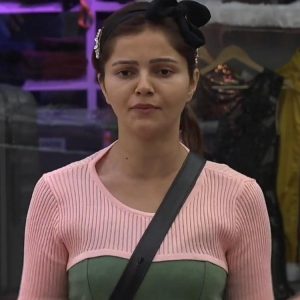 However, in yesterday’s episode Bigg Boss put ‘RubiNav’ in a tight spot. Bigg Boss gave Abhinav a chance to let his wife Rubina Dilaik to enter the BB 14 house as an ‘accepted fresher’ and let go off her ‘rejected’ tag but on the condition that he would have to give up his immunity earned in the ‘Jewel Thief’ task. The tough choice was between his immunity for the week and his wife’s comfort and luxury. 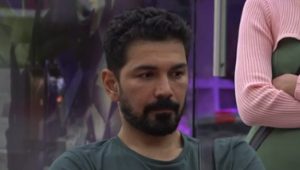 Rubina and Abhinav are an adorable couple and one would have thought that Abhinav Shukla will choose her wife’s comfort first and prove to be the perfect #couplegoals on national television, however to everyone’s surprise he refused to give up on  his immunity for Rubina in the latest episode of Bigg Boss 14.

He said, ‘My final answer is NO, Bigg Boss.” It was indeed a difficult decision for him as well as for Rubina Dilaik. She became emotional too and gave a sigh of relief, as Abhinav gave his final answer to Bigg Boss.

Bigg Boss 14 fans took to their social media and expressed their reaction to Abhinav’s answer. While some lauded him for being strong and playing as an individual contestant and some other declared that his decision was wrong.

Shortly after, it was interesting to see when Abhinav Shukla said to Rubina Dilaik, “They will try to break us like this. But we have to stay strong.”

A twitter user tweeted that in an Unseen Undekha clip of Bigg Boss 14 on Voot Rubina talks to Abhinav about sacrificing his immunity for her and tells him that she supports him in his decision.

What do you think about Abhinav Shukla’s decision? Do you think this can create troubles for the celebrity couple’s relationship on the show? Let us know in the comments below.