July 19, 2020 Bollywood, Bollywood news, Television Comments Off on Fire broke out on the sets of Zee Tv’s KumKum Bhagya amidst shoot 193 Views

One of the most high-rated shows on Zee TV, KumKum Bhagya resumed their shoot a few days back as per the government guidelines of safety during the Covid-19 scenario. However, an unfortunate incident took place on the sets of the daily soap on Saturday July 18,,2020. While the entire cast was on set, a fire broke out amidst the shoot. 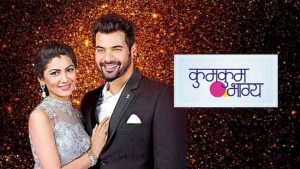 Reason behind the fire breakout on the sets of KumKumBhagya:

The shoot of Ekta Kapoor’s KumKum Bhagya was brought to a halt when the sudden fire erupted.As per the report by DNA, the cause of the fire is expected to be a short circuit that occurred at the Kllick Nixon Studio which was the location of the shoot.There is no confirmation yet on the same.

Although,as per reports the cast and crew of KumKum Bhagya are safe and no casualties have been reported. 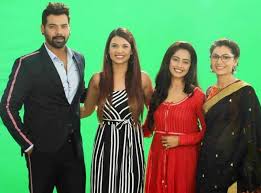 Viral video of the incident on the Shabeer Ahluwaliya and Sriti Jha’s show:

A video of the same incident has been doing rounds on social media and has gone viral.

The producer of the show, Ekta Kapoor from Balaji Telefilms has not given any comment on this incident yet.We hope all the damage that has happened on the set would be repaired soon and the shoot of one of the most favourite shows of television can continue with all the safety again.

Previous BREAKING NEWS: Deepika Padukone and Prabhas to work together in Nag Ashwin’s Next Film
Next “ENOUGH IS ENOUGH” says Rhea Chakraborty breaking her silence on the Rape and Death threats