Khatron ke Khiladi Season 10 has reached its grand finale. This season was a huge hit among the audiences. Karishma Tanna and Karan Patel secured the positions the top two finalists in the show and the winner will be announced in tonight’s episode. This season was shot in Bulgaria, whereas the grand finale was shot in Mumbai under stringent precautionary measures due to the global pandemic. 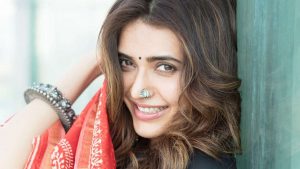 Rohit Shetty, the host of the show delcared Karishma Tanna as the first finalist in the episode aired on July, 25th, 2020. Karishma Tanna successfully completed the task of  jumping from a bus that had caught fire. Dharmesh and Balraj Syal were also strong contestants of the show who performed every task with utmost determination. 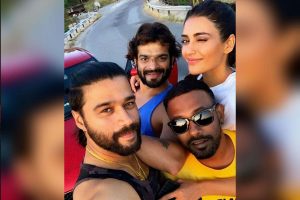 Although, the rumour has it that Karishma Tanna has won the season finale of Khatron Ke Khiladi season 10 and brought the trophy home. Both Karan Patel and Karishma have played exceedingly well throughout the season and thus it will surely be a tough fight between the two.

Adding an affirmation to the rumors of Tanna winning the show, Ekta Kapoor posted a video on her Instagram congratulating the actor.

The grand finale was graced by other contestants who were a part of this season including Tejaswinin Prakas,  Adaa Khan, Amruta Khanwilkar, RJ Malishka and Rani Chatterjee. The dance performances by  Rithvik Dhanjani and Ravi Dubey , Tejaswini Prakash’s  amazing journey on the show, and the fun act by Dharmesh indeed made the finale entertaining and exciting.

The last episode of this season airs tonight, so lets stay tuned to find out about the official winner!

Previous Try not to cry:7 Dialogues from Sushant Singh Rajput’s Dil Bechara that will make you grab tissues!
Next Thappad Director, Anubhav Sinha, ‘Resigns from Bollywood’