Akshay Kumar’s much awaited horror-comedy film will be released this Diwali Season. He will be playing the role of a transgender in the film. The actor took to his social media and released a new teaser of the film and promised the audiences a big blast this Diwali with his film, Laxxmi Bomb. He confirmed that the movie will arrive on the OTT platform Disney+Hotstar and will stream from November 9 onwards. 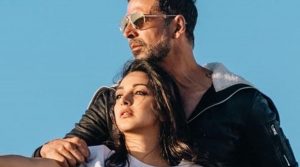 The teaser begins with the line “When the outcast becomes outraged.” The teaser further shows Akshay Kumar transforming from a mustached man and then into a transgender and then a voice reiterates “Aaj se tera naam Laxxman nahi, Laxxmi Hoga.” As Akshay’s character transforms, a bleeding wound is seen forming on his forehead.

Laxxmi Bomb is the Hindi remake of the tamil blockbuster film Muni 2: Kanchana. Raghav Lawrence, who wrote and directed the original, will be making his Hindi directorial debut with this one. The film also stars Tusshar Kapoor, Sharad Kelkar, Ashwini Kalsekar,Tarun Arora and many others. The film is banked by Fox Star Studios and Cape of Good Films.

Akshay Kumar is known for playing versatile roles and the entire Bollywood’s  eyes are on his character in Laxxmi Bomb and his fans can’t wait for him to mesmerize them with his cinematic magic as the teaser has increased the excitement of the fans of the Khiladi of Bollywood in multiple folds!

The first poster of the movie that was released showed Akshay applying kohl to his eyes. 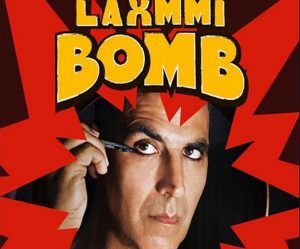 The second poster showed a furious Akshay dressed up as a woman in a saree with bangles, standing in front of a Hindu deity. 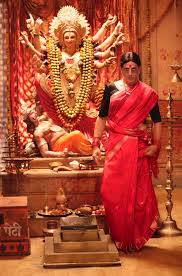 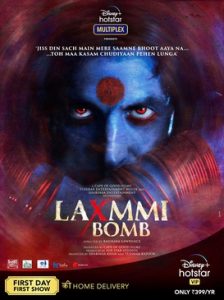 Akshay Kumar also posted another spooky poster of the Laxxmi Bomb wherein a lady who has donned a red sari, iis seen holding a trident as she poses in the ‘Natraj’ posture. 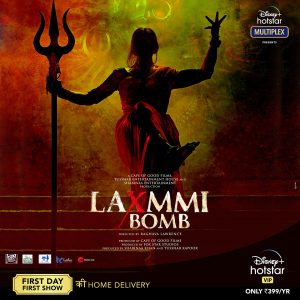 While Akshay Kumar had launched the posters of his upcoming Horror drama, he had termed this genre to be his “favourite” and also called this movie a “passionate project.”

While the making of this film, both Akshay Kumar and Kiara Advani had kept their fans hooked by posting behind the scenes pictures on their instagram. 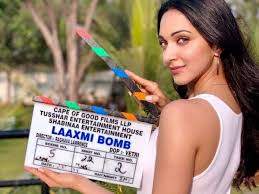 We hope to see the movie create a big explosion this diwali season and thrill the audiences with the performances.

Previous Mommy-to-be Anushka Sharma shares an adorable picture cradling her baby bump!
Next “I’m truly humbled..” says Ayushmann Khurrana on being the only Indian actor to feature in the Times 100 most influential list