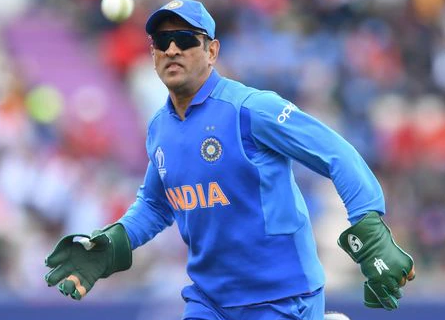 According to the dagger insignia which was on Mahendra Singh Dhoni’s wicket-keeping gloves put India’s cricket administrators on the collision course with the Indian Cricket Council right after the BCCI declined world body’s “request” which was to have it removed, while instead of seeking permission for the star player to sport it anyway.

Mahender Singh Dhoni will be continuing to sport the symbol which was on his gloves as this is not a military symbol, as asserted Committee of Administrators (CoA) whose chief is Vinod Rai.

Also, the world body is, however, unlikely to accept that particular stand as rule-book allows for a specific sponsor’s logo which is on the wicket-keeping gloves and in Dhoni’s case, already sports an SG logo on his gloves also to Allow the insignia which would amount to the whole “violation of equipment sponsorship “.

While Taking the cognizance of this controversy which surrounds Mahendra Singh Dhoni’s gloves, the Indian Army on this Saturday distanced itself from this particular issue and they also clarified that it has nothing to do with it.
In some statement on a Friday evening, Indian cricket Council said, “It has now responded to the BCCI to confirm that the logo which was displayed by MS Dhoni in his previous match is not at all permitted to be worn on any of his wicket-keeping gloves at the ICC Men’s Cricket World Cup 2019.”

Mahender Singh Dhoni’s gloves also sported that the “Balidaan badge” which is commonly called, of the Indian Army’s Paratrooper regiment during India’s opening World Cup match which was against South Africa which held in Southampton on May 5th. The Indian cricket board (BCCI) had sought some kind of permission for the star batsman who was from the world governing body, which eventually cited all the regulations in denying the permission.

Also now The ICC has responded to the BCCI to confirm that the logo which was displayed by MS Dhoni in the previous match is now not permitted to be worn on any of his wicket-keeping gloves at the ICC Men’s 2019 Cricket World Cup,” was said in a statement by ICC.

“Also, regulations for the ICC events do not permit any kind of individual messages or logo to be displayed on any of the items of clothing or equipment also in addition to this the logo also breaches that the regulations are in relation to what is permitted on any of the wicketkeeper gloves” ICC stated.