We are now expecting a 5G iPhone to be released in the second half of the year 2020. The new Galaxy S10 5G edition will launch later in the year 2019, and a OnePlus 5G phone is to be expected to arrive later in May in the year 2019. But while the other smartphone manufacturers will be continuing to make the 5G plans for 2019, it also sounds like Apple will not be ready to follow suit until 2020. 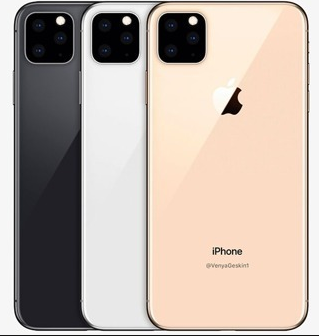 In the year 2018, it was reported that the Apple was working on a 5G modem with the Intel, but apparently, it had insoluble connectivity problems that cropped up in the testing. Neither the Intel which has since quit the 5G arena or later the supplier candidate MediaTek will now be able to supply the 5G components for an autumn launch in the year 2019.

This may be quite disappointing, given the progress that was made by Apple’s competition, but a 2020 launch is to be a lot better than had been feared. It was also thought that Apple’s iPhone 5G might not arrive until the year 2021. But it was their idea before making an agreement with Qualcomm who will now provide the necessary modems required.

What actually is 5G?

5G is primarily the successor to the 4G. 5G should be able to offer the download speeds of around 1Gb/s gigabits per second or maybe even 10Gb/s. This would make it possible to download an HD movie in just 10 seconds rather than taking around 10 minutes, as this is currently the case.

Why is the 5G iPhone delayed till date?

There are some reasons why Apple’s 5G iPhone has been delayed till date.
One of the reason is its disagreement with Qualcomm and the other reason was that due to its beef with Qualcomm that the company was having to rely on Intel. With the Qualcomm out and the Intel delayed Apple also had an internal team that was working on developing the 5G modems but it seems that they won’t be ready until the year 2025.

The Apple versus Qualcomm case was the main hurdle to Apple’s plans for the 5G mobiles.
For many years, Apple had been in partnership with Qualcomm, who was the sole provider of the wireless chips required for the iPhone prior to the year 2016, and from the year 2016-2017, it provided chips for Apple alongside Intel.

Whether you will be able to access the 5G networks in the near future will merely depend on where you are based, and when the coverage arrives, it is still likely to be restricted to the important cities. In some parts of the world where 5G has already arrived, although the coverage is likely to remain limited for some point of time. For example, in the US rollout for the AT&T and the T-Mobile has started and the Verizon and the Sprint’s 5G is to be expected in the first half of the year 2019.

Previous ONE PLUS 7, ONE PLUS 7 PRO LAUNCHED!
Next ICC unlikely to approve permission to wear Army’s symbol gloves!