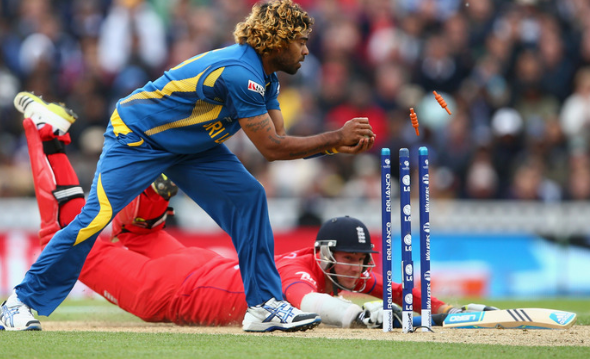 England will look to continue their dominance as they face underdog Sri Lanka in their next match here on Headingley in the 27 th match of ICC world cup.

England has been in top form as they crushed Afghanistan in their last match. They just excelled in all departments in this match. Now, they face another big head Sri Lanka who hasn’t shown any impact in this tournament.

But the bad news is that their dashing opener Jason Roy was not fully fit for this upcoming encounter as he was ruled out due to injury, but all eyes were on England captain Eoin Morgan who smashed a record 71-ball 148. Afghanistan could not sustain this leftie’s performance who amasses a total of 17 sixes in the match.

It will be exciting to see how Sri Lanka will prevail this match and secure a win!

On the other hand, Sri Lanka has been in poor form in both batting and bowling unit.

Experienced bowler Lasith Malinga could not show his ability when coming to big matches. The only joy for Sri Lanka is that openers were performing far better than other players in the team.

Except for Kusal Perera and captain Karunaratne, the total batting unit is considerably failed in the last match.
Coming to the bowling unit, their bowlers couldn’t show any impact in any match. Lasith Malinga failed miserably in this entire tournament. If they don’t look to improve in this match, it is no surprise that the doors will be closed for them to enter semi-finals.

We can expect a full game with no chances of any rainfall here on Headingley. But we can expect some cloud cover which might not affect the game. The temperature will be in between 17-degree Celsius and may increases as the match progresses.

It is a flat batting pitch which might favor the batsman throughout the match. We can expect a score of around 320+ very easily. But, in the evening we might expect some dew which helps spinners to pick some wickets.

By going through the weather and Pitch reports, the captain who wins the toss might choose to bowl to chase the target. As it is flat batting pitch, the batsman might get easily to score runs in the second interval.

England might not change their team as they want to continue the same side for this upcoming match. With Jason Roy, still not recovered from the injury, James Vince will replace him in this low- profile match.
Liam Plunkett might replace Mark Wood, who showcases poor performance in his last match against Afghanistan.

No changes were expected from the Sri Lankan team for the clash against England. They might continue the same team which was played against Australia.