Good news for cricket fans! The IPLGoverning Council of the BCCI has given a nod to IPL 2020. We are thrilled that the 13th edition of IPL is going to commence in September 2020. With the commencement of IPL 2020, we will also get the latest updates, including the highest score in IPL 2020. The tentative dates are 19th September to 8th November and will be held in the United Arab Emirates (UAE). Before the next edition starts, we would like to give you a refresher on the highest IPL score. Also, do you want to know which team will have the highest score in IPL 2020 before it starts? Scroll down to get all the IPL details you are looking for. 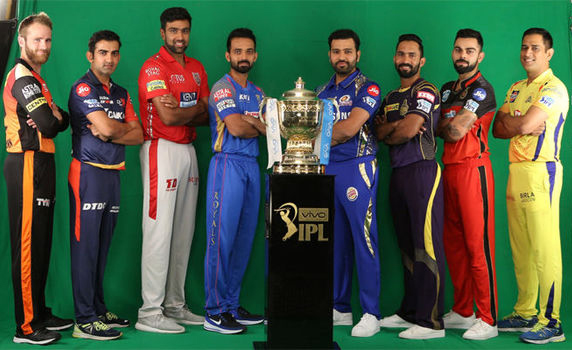 Let’s first look at which team acquired the highest IPL score in history. Royal Challengers Bengaluru (RCB) has the IPL highest score of all time. To get more details, scroll down.

RCB captain Virat Kohli’s 5412 runs against 177 matches remain the unequaled highest run score in the history of IPL. Chennai Super Kings batsman, Suresh Raina with 44 runs is the second in the chase to the top.

RCB player Chris Gayle scored 175 at the Chinnaswamy Stadium in Bengaluru against Pune Warrior in 2013. His score is considered the highest individual score in IPL’s history. Gayle stopped after 17 sixes and 13 fours against 66 balls. Thus he recorded the fastest Twenty20 hundred by hitting back to back 30 shots.

Sunrisers Hyderabad (SRH)’s wicket-keeper, Jonny Bairstow has the most batting average with 55.62 in IPL. He scored a total of 445 runs for the ten matches he played for SRH. He was also the top scorer in IPL 2019.

Kolkata Knight Riders (KKR)’s Andre Russell holds the most strike rate of 186.41, which is the highest in IPL’s history. He played 52 innings and scored 1400 runs.

Chris Gayle bagged 6 full centuries for both Kings XI Punjab and Royal Challengers Bengaluru so far. His first century came in 2011 against Kolkata Knight Riders. The second century of Gayle was against Kings XI Punjab in the same year. In 2012, he made his third century. But, the 4th and unbeatable century of 175 runs came in 2013. His fifth and sixth century were in 2015 and 2018 respectively. After him, David Warner has a record of scoring the most half-centuries in IPL history. He scored 44 half-centuries playing 126 matches.

When we talk about bowling, Lasith Malinga’s name is needless to mention. Lasith Malinga took the maximum number of wickets for Mumbai Indians. He has taken 170 wickets in 122 matches so far.

Now you have all the IPL stats at your fingertips. Are you still curious to know the highest score in IPL 2020? Then, scroll down! The Indian Premier League (IPL) hasn’t started yet. As of now, we don’t have the highest score in IPL 2020. When the IPL starts, we will provide daily IPL highest scores. Until then, let’s take a deep breath and cross our fingers for the September 2020 IPL.

For more cricket news and updates, follow the sports smartzworld.