Apple to Allow Users to Stop Their Phones Being Slowed Down

After a rocky few months for Apple since it emerged the tech giant had been slowing down users’ phones against their will, they have now announced an update which includes being able to stop their iPhones being slowed down.So in this article, I will tell you about the news Apple to Allow Users to Stop Their Phones Being Slowed Down.

Apple Phones Being Slowed Down

At the end of last year, disgruntled iPhone owners expressed their disappointment, after it emerged Apple had been limiting the performance of older models, confirming what many had suspected for a number of years. Although Apple slowed down handsets in an effort to stop phones shutting down out of the blue, many felt deceived since they had implemented the feature without first informing customers.

Although the new ability to turn the feature off might sound promising, Apple doesn’t recommend using it. By default, iPhones will be set with the speed-reducing feature active.

The option to opt-out comes with the latest iOS update, which will also allow users to review the health of their battery.

We will tell somebody we’re slightly reducing your performance by some amount in order to not have an unexpected restart and if you don’t want it, you can turn it off. Now we don’t recommend it because we think people’s iPhones are really important to them and you never can tell when something is so urgent.

He also admitted the company should have been clearer about the situation from the start. A slash in battery prices followed the company’s apology last month, with the admittance leading to the US Senate contacting Apple. In France, authorities opened an investigation after deeming that they had broken the country’s “planned obsolescence” laws. 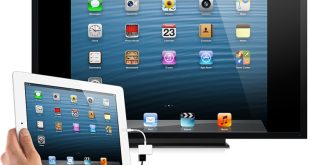