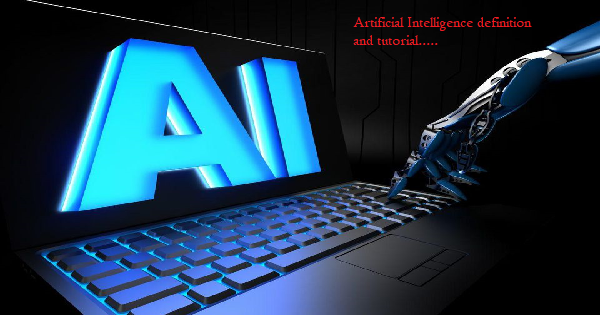 According to the Andrew Moore, Former- Dean of the School of Computer Science at Carnegie Mellon University, “Artificial Intelligence is the science and engineering of making computers behave in ways that, until recently, we thought required human intelligence.”

Humans recognize the scene around them through their eyes which create images of the world, this field of image processing which even not directly related to AI but required for computer vision. Humans can understand their environment and move on fluidly, this is the field of robotics.

The human minds are a network of neurons and we use this to learn things if we can replicate the structure and function of the human brain we might be able to get the calmative capabilities in machines. It is the field of neuro networks if these networks are more complex and deeper and we use them to learn complicated things.

That is the field of deep learning. There are different types of in-depth knowledge in machines which are essentially different technique to replicate what the human brain does. If we get the network to scan imagines from right to left and top to bottom it’s a convolution neuron network.

Humans can remember the past like what you had for dinner last night well at least most of you we got a neuro network to remember limited past; this is the recurrent neuro-network.

As you see, there are two ways AI works:

For the data based side called machine learning, we need to feed the machine by lots of data before you learn.

Machines can learn in many more aspects even hundreds or thousands; that’s why machines can look at the lots of high dimension data and determine patterns ones it learns these patterns. It can predict that humans can’t even come close to, we can use all this machine learning techniques to do one or two things, i.e., CLASSIFICATION and PREDICTION.

When you use some information of customers to assent new customers to a group like young and adults then you are classifying a customer, if you use data to predict if they are likely to defect to a comparator, then you are making a prediction.

There are also other methods of learning used for AI if you use the train with data that also contains the answer then it’s called supervised learning. For example, if you trained a machine to recognize your friend by name, you need to identify then for a computer.

If you trained them with data or you want the machine to figure out the patterns, then it’s called unsupervised learning. For example, you might want to feed data about celestial objects in a universe and expect the machine to come up with pattern n that data by itself.

The goal of AI is to simulate natural intelligence to solve the complex problem while the goal of ML is to learn from data on a specific task to maximize the performance of the machine on this task.
AI leads to intelligence or wisdom while ML leads to knowledge,