How to install and run Android Apps on Windows Phone

How to run Android Apps on Windows Phone:

New Updates on Windows Phone has made it possible with little Tricky Methods. And in detail about it, All the Windows Phones cannot get the Android Apps, only few can get the access. So do check your Model name in the List of Devices which are accessible of Android platform.

Some Important Notes to consider:

Consider this below notes before you proceed with the Android Apps Installation:

How to install and run Android apps on Windows Phone:

Here You need a Software to store the Image file of Windows Mobile on to Computer. This Step is for restoring of Mobile data in case you lost it.

2) Get Windows 10 Mobile Build Software for your Windows Mobile:

Step-2: Now Boot your Mobile into UEFI Mode and Connect your Windows Phone to PC.

Step-3: Launch Windows Phone image Designer and Click on Flash a Windows Mobile Image onto your Phone and Submit it.

Step-4: Next you need to Change the Flash devices to Choose the ROM ( Step-1).

This way you need to set up your Windows Phone and Keep it Ready to install Android Platform.

How to Install Android Apps on Windows 10 Mobile:

Now, to Install Android Based Apps onto Windows Mobile, we need a new Application, and with this app, you make way for the Android Platform to enter Other OS based Mobile phone.

Step-2: Launch the Deployment app to Start the Process.

Step-3: Turn on Development Mode along with Device Discovery on Windows Phone.

Step-4: Connect Phone & PC Via USB and let it communicate with Deployment App.

That’s it; you are done with Complete setup. Install Android Apps on your Windows Phone Now.

Also, Try out a different way of getting Android apps on your Lumia Mobile this way( Video Below). It is also a proven Method explained by Techcat Website Owner. Most of them have got the Result with no Errors.

Hope you got the Android Platform on your Mobile Phone. Do Comment your Views in the Below section and let us know what you think of it. And all the Steps mentioned here are of Trial and Error Methods. So do try out this. 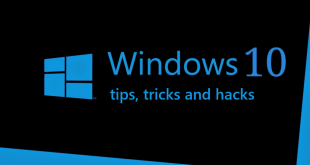 Are you looking for the best Windows 10 Tips And Tricks? Then you have come …