Realme X quick Review: All the details you should know about the phone! 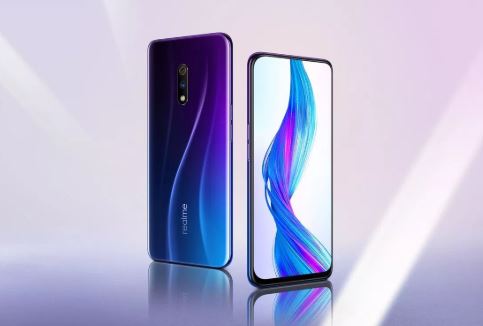 The mobile Realme X Lite is a rebranded phone of Realme 3 Pro, while Realme X is brand new phone. Realme X has been launched already in China with the starting price of CNY 1,499 approx Rs 15,300.

The Realme X is a quite large phone with its 6.5-inch display.

Realme has now officially entered the Chinese market by launching the two major phones Realme X and Realme X Lite. The success of this Realme in India will no doubt have given the company the necessary confidence to launch it in China after only one year of its existence. And now the Realme X seems like it is the perfect way to start things off.

Its 6.5-inch display has a curved rear panel which makes it easy to grip the device. And its glass tic panel is very glossy, but it looks much attractive in the two new gradient shades of which one is a combination of blue and purple hue and the other is white with the shades of pink. Both the color options show an S-shaped pattern and when viewing its certain angles under the light.

The blue color variant to check out, and it doesn’t look much unique in the larger scheme of any gradient phones out there, it does look much pretty. While in terms of performance, the Realme X must be as fast and smooth as Realme 3 Pro.

After all, even Realme X also gets the same 2.2GHz octa-core Snapdragon 710 chipset with almost up to 8GB of RAM and the ColorOS 6 software based on Android Pie. This is very true right out of the box as the phone has many quick to launch apps while scrolling through the UI feels fluid. Also, ColorOS 6 brings an app drawer that is already enabled by default, although while the app icons look very less chunky and quite more pleasing to look at due to their lighter, gradient color themes.

The other highlight of the Realme X is that it also comes with VOOC 3.0 fast charging. This Not only will juice up the device very quickly, but the latest version will fast charge the device also while gaming.

Probably it takes around 40 minutes to charge the device up by almost 50 percent using the 20W charger that comes with the box.

Realme X mobile houses a 3,765mAh battery which is very much smaller when compared to the 4,000mAh capacity inside the old Realme 3 Pro, but it shouldn’t necessarily mean a shorter battery life. And the AMOLED display which is coupled with a power efficient Snapdragon 710 chipset and also an optimized ColorOS software with an intensive battery saving feature should translate to full-day battery life.